It's not every day, or even every year for that matter, that some thing or some experience literally changes your life. Now, I hate the misuse of the word 'literally.' So when I say it, you can believe I literally mean it. Auditioning for MasterChef Season 8 literally changed the course of my life. And although the experience was one of the most difficult things I've ever done, I can't say that I would never do it (or something like it) again. Because now, after time has passed, I see how it affected me and challenged me to pursue another dream. And that made it worth it.

I do not anticipate talking about this experience very much in the future. I just feel compelled to share why the heck I'm (seemingly all of a sudden) in the business of food. That is the purpose of this testimony. It's simply part of the story that has led me to where I am today.

One Night While Sitting on the Couch

MasterChef, and pretty much all the Gordon Ramsay shows, have been favorites of mine for a while. I'm not the kind of TV watcher that will catch a show in realtime each week, but rather more of a Netflix and Hulu mini-binger. But I usually never miss a new episode of MasterChef. Late one night while binging on Hulu, during season 6 (the Claudia season), they aired a promo for "auditions coming to a city near you!" Orlando was one of those cities. So, without hesitation, I went to their website and filled out the application. When my wife woke up the next morning, I shared with her what I had done the night before.

Speaking of my wife... she was the actual rockstar of the whole process. From helping me fill out the extended application to picking my outfit for my callback (which the producers loved so I ended up wearing it every day while on set). Her encouragement and support were the only reasons I followed through with the experience, once realizing how much commitment and sacrifice this would actually take. But I'm getting ahead of myself. 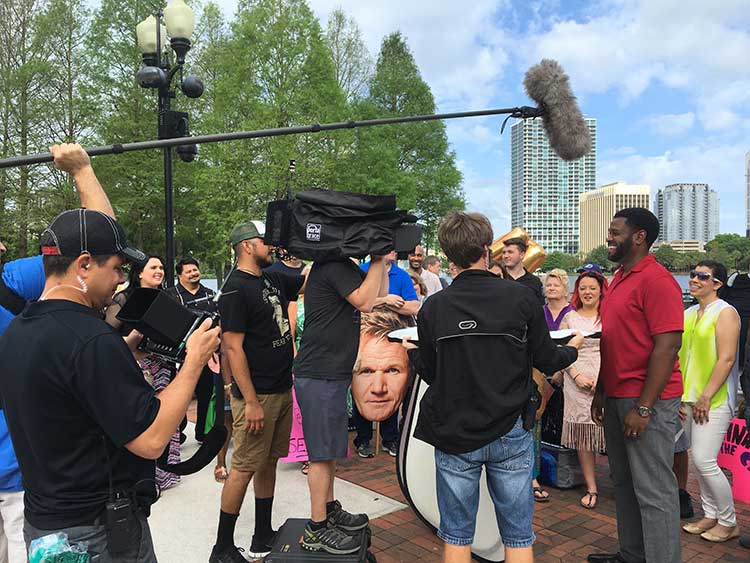 The weekend of the open casting was crazy busy for me. So much so that I nearly skipped the casting altogether. In the 11th hour, after deciding to bail, I got a call from Tiffany from MasterChef (who is so sweet). She talked me back into coming. Even though I had 2 events and my daughter's first birthday party that weekend, I decided to suck it up and do it!

On the day of the first audition, I remember being completely shocked that I made the first cut. And the second. And the third... Then when they asked me to come back the next day... And it just kept going. With each cut, they just kept calling. And before I knew it, I was on my my way to Los Angeles.

All during this time, I was cooking my butt off. I mean, I was cooking anything and everything I had seen them cook on the show in years past. From learning how to poach eggs to attempting Gordon Ramsay's Beef Wellington. And you know what... I realized that not only was I a pretty good cook, but I LOVED it! I found that it was very similar in nature to creating music. You write a song, record it, and share it with people. Just like you write a recipe, cook it, and share it. Who knew?

By far, the most difficult part of the process was being away from my family. I left behind a 20-week pregnant wife and an 16-month-old daughter. And I'm not sure if you're familiar with reality TV or not, but my contact with them would be very limited - the understatement of a lifetime.

So the night before my 6am flight, we all stayed in the airport hotel, just to maximize our time together. I had no idea how long I would be gone - one week or a few months. It's kinda crazy. As you can imagine, my emotions were all over the place. Over-the-moon excited to be heading to LA, and feeling totally helpless in taking care of my family for who knows how long. It's an unnaturally unique mix of feelings.

I'm in the City of Angels!

I'm still under a contractual agreement with the show, so I'm going to be very careful to not reveal anything about their process moving forward. Instead, I'll be speaking more of my experience and how it changed the course of my life.

I had a lot of fun the first week of being there. First, it's kinda nuts that you're in LA and could potentially make it on the show. Meeting all the other hopefuls and going to the set every day. It's all very cool. I would guess that all the others felt the same way, mainly because about 90% of us are still in regular contact with one another. Trying to guess who's gonna make it. Trying to figure out who is your doppelgänger. Lol. It was a blast! Then, there's the day of cuts. The Top 40 of MasterChef Season 8!

The Good. The Bad. The Ugly.

I don't know if I've ever experienced so many different emotions in a single day in my life. (I'm going to abbreviate this part so I don't give away anything about the process.) Long story short... I didn't make the show. But at the time, I didn't know that. All I knew is that (after waiting for what seemed like forever) the executive producers pulled me aside for a conversation. I was like... okay, this is weird. They informed me that I had not made the show. Something like, "We love you, but you actually did not make the show. Are you interested in being an alternate?" In my head, there was defeat, yet hope! So I did what any man would do. I called my wife, whom I had not spoken to for a week.

So instead of having any time to catch up, we were deciding whether or not to agree to more time apart. The difference this time is that it would be complete limbo. A week of waiting for someone to get disqualified or quit. This was absolutely the toughest part of the whole process. Waiting. Being around, but being invisible (to the producers). Not invisible to the cast. I'm pretty sure it made me a target. I mean, I was literally standing around waiting to take their spot. It was a really tough week. 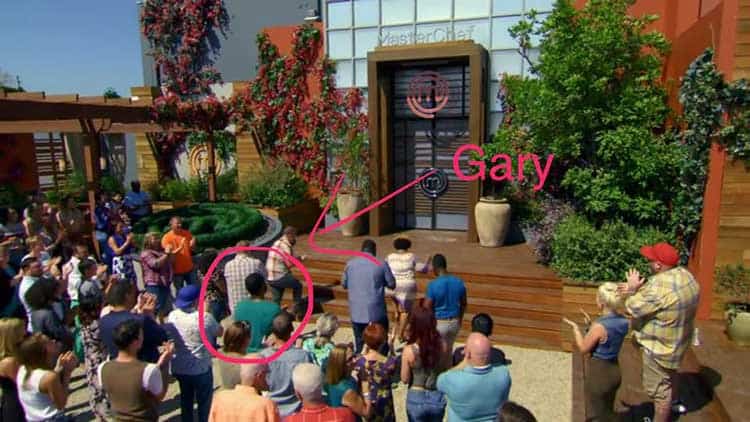 Again, without going into detail about what happened... The week passed and my number didn't get called. And as we were leaving set that day, one of the cast members (who actually made the show) made a big speech about me and the other alternate. On one hand, I was grateful that he had publicly acknowledged the situation and sacrifice that we had been through. On the other hand, I kinda wished he hadn't said anything because it brought all the emotions that I'd been suppressing all week to the surface. So yep, on the way back to the hotel, it all came out. A seemingly endless stream of tears. Disappointment. Relief. Thankfulness. Doubt. There was a little bit of everything in there.

After a 5 o'clock wakeup time, a flight across the country, and a 3-hour time change... There was no sweeter sight that to see my wife and daughter waiting in the baggage claim area. Tears. Hugs. Kisses. Smiles. And between that reunion and pulling into my driveway, I had new eyes for all the blessings that I have in my life. Everything looked different. Even the weeds in my front yard had won my heart. Little did I know at the time that a new dream had been birthed. I now cared about food more than I did before. And I couldn't let it go! 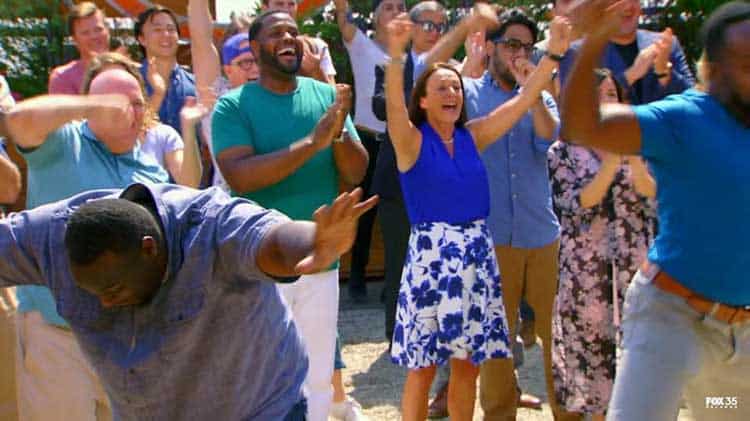 I'm so excited to watch the new MasterChef Season 8, premiering on May 31st on FOX. It will be interesting to watch it all unfold, having been there. I'm curious to see who wins! (I have my favorites... lol) And I'm hopeful to make a few cameo appearances during the battle rounds. Look for me! I'm the guy standing in the back with the white pants.

To all my fellow participants... We are forever bonded through this experience. I'm grateful to have met you all. And I'm rooting for you all to become big food stars!

This site uses Akismet to reduce spam. Learn how your comment data is processed.

I believe that food is meant to be enjoyed! Whether creating a simple recipe or taking the time to cook a recipe that's more involved, this is my goal: Creating delicious food that everyone can enjoy. Read more about me...